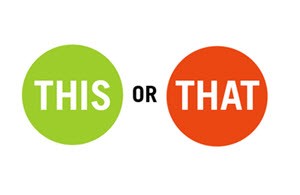 One-cancels-the-other (OCO) orders can be day orders or good-till-canceled orders.

You own one thousand shares in Company XYZ that you purchased for $8 per share. They are currently trading at $10, but the stock is highly volatile right now and you believe that the price will go up to at least $15 during tomorrow’s trading day. You decide that as soon as the price hits $15, you want to sell the thousand shares and pocket your profit.

But the stock is volatile, and what if it goes down instead of up? To mitigate the risk of losing money, you put a stop-order in that tells your broker to sell your thousand shares if the price drops to $8.

Now, you could make this as two completely separate orders:

But by doing this, you are taking a big risk. Let’s take a look at this scenario: The price goes up to $15 and your limit order is executed. Then the price drops down to $8 and your stop order is executed as well. You no longer own 1,000 shares in Company XYZ to sell, so you end up in a short position.

To avoid such a situation, you can do OCO instead. “Limit order to sell 1,000 shares at $15” and “Stop order to sell 1,000 shares at $8” are placed as a pair, where the execution of one will automatically cancel the other. This means that as soon as your shares are sold, either by the limit order or buy the stop order, the other order is canceled and there is no risk of you selling shares that you no longer have.